From the first engraved strokes on the monuments of Ancient Rome, the text is never simply text. Typography is the art and technique of arranging letters in a design so that the written language is effective in print. This management involves selecting a font, arranging the characters, and distributing the space.

To avoid common confusion, typography is the process of defining the characteristics and appearance of a text, the shape, and the design of a printed product. At the same time, fonts are a set of models representing each of the characters of a letter based on a particular design.

Typography, together with the idea, color, position, or distances, certainly has a significant influence on the visual impact of a message, setting the tone and mood of the reader. The main characteristics that an effective design must fulfill are:

- The text is legible

- The text must be aesthetically pleasing

- That the text is understandable.

Do the font choices tell the story you want to tell?

Fonts design has a long and fascinating history, and the origins of the digital fonts we use today are often incredible.

However, typeface design has been around for much longer than centuries. For example, fonts such as Typography as we know it only became a reality with the invention of the printing press. Around 1440, Johannes Gutenberg created a machine that could process movable type, allowing a large number of sheets to be printed with ink and dies. The blacksmith imitated the ornate style used by monks in manuscripts, a true art accessible only to a limited group of people. Thus he developed the first type of font: Blackletter or Gothic. Helmswald Post is a contemporary font inspired by the Gothic typeface designed by Gutenberg. 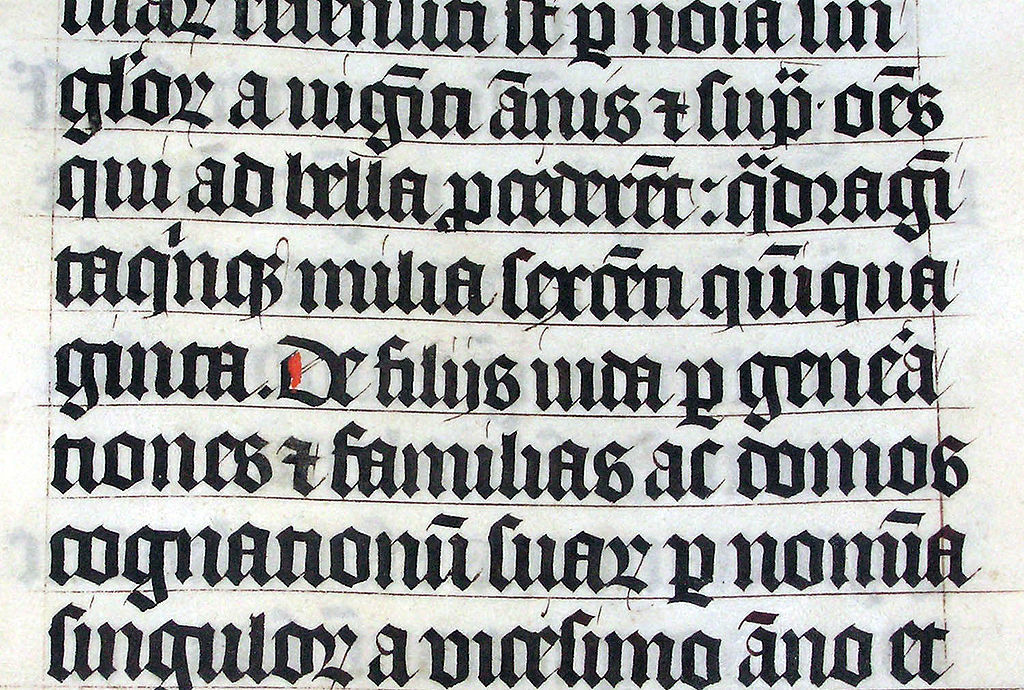 For the first time, typography had the potential to be accessible to the masses. Brochures and flyers could be reproduced quickly and inexpensively. However, Gothic letters were never the easiest typeface to read, which was remedied with the popularization of Roman-type styles in the 15th and 16th centuries. This led to the appearance of fonts such as Trojan Pro and Times New Roman. Both owe much of their design to the ancient Roman capital letters used on monuments and municipal buildings in the second century BC. 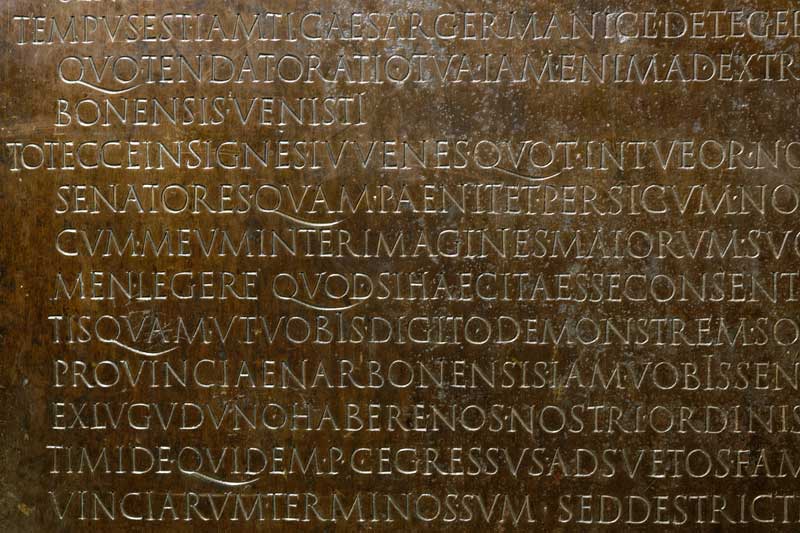 Roman typefaces in the old style are legible and aesthetically pleasing, which led them to become the typographic style par excellence used throughout that period. While this renewed legibility was welcome, typographers were also beginning to explore ways to save space in designs. Books were still not very cheap to produce, so designers concentrated on compressing tracking (space between characters) and leading (space between lines). This need to save space also led to the development of italics.

It was not until the 18th century that some of the most influential type designers quietly revolutionized the serif style, and it came to be as we know it today. Such is the case of William Caslon, designer and creator of Caslon, a font based on simplicity. In France, the Didot family designed one of the first modern serif fonts characterized by very fine finials and a great contrast between thick and thin strokes.

The real revolution began in the 1920s. The Bauhaus school appeared, which sought to bring art and industry together. The subject of typography was introduced, and fonts such as Van Doesburg's Stedelijk and Futura, which are based on circles, triangles, and squares, originated.

In 1940, the propaganda poster appeared, and with it, the Stencil typeface, created by Hunter Middleton. Helvetica, created by Mx Miedlinger, was the flagship product of this modernist experiment and was soon used in the design of posters and printed materials around the world.

As computer technology developed, the field of typography progressively opened. Anyone with access to vector design software could design their own fonts.

Types of fonts and their meaning

These are letters with small ornaments located at the ends of the lines. This style can be perceived as serious, traditional, respectable, or institutional. They have a high contrast of strokes, which gives them the air of being very refined and authoritative typefaces. Examples of this style are Book Antigua, Courier, Garamond, Times New Roman, or Garamond.

Serifs are widely used for projects or companies that require prestige and formality, such as law or accounting firms. However, they are also widely used by traditional and luxury brands to indicate that they are sophisticated, as in the world of automobiles, fashion, and beauty. Such is the case of Ralph Lauren, Zara, and Dior. In addition, it is often used for long texts -especially academic ones- since the imaginary line created under the text, which helps guide the eye, makes reading more comfortable than in typefaces without a finial.

These letters hardly present any contrast between their strokes. They are associated with commercial typography since they offer excellent results in prints with little text, such as headlines since the lack of finials makes it challenging to guide the reading of long texts.

They are also suitable for on-screen displays as they are perfectly legible in small sizes since the pixels make them look much cleaner than typefaces with finials. On screens, it is much more advisable to use text blocks with fonts without finials. Some of the most common fonts of this type are Arial, Bauhaus, Tahoma, Verdana, or Helvetica. We can see them in brands such as FedEx, Spotify, and Netflix. 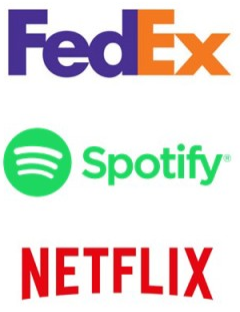 According to the psychology of typography, Sans serifs convey modernity, security, joy, or neutrality. They are also ideal for creating a futuristic or technological identity (having a very geometric grid) or minimalist (if they are thin) because of their characteristic simplicity.

They are a dynamic type of letters and create a close link with the viewer because of their soft shapes with a friendly character. They are ideal for casual but professional projects that want to be close to their clients, relaxed and fresh, such as projects related to the children's world. They look better visually in lowercase than in uppercase, and if a good selection of color palette is made, the project can be a success. Examples of this are fonts such as Somatic, Comfortaa, and Arciform.

These fonts imitate calligraphy writing, such as Parisienne, Chopin Script, Italianno, Tangerine, Brush, Vivaldi, or Edwardian Script. They are exquisite; that is why they are related to luxury, glamour, sophistication, and quality. They also convey affection and creativity. Script fonts are ideal for reflecting much-elaborated products with history and tradition. Cadillac's logo is an excellent example of this.

Display fonts are varied with a strong personality; therefore, their nature and uniqueness are the main characteristics. They maintain a definite air of refinement and delicacy, being transgressive and original. Those fonts are not used for standard texts, for example, articles or books. However, you can see them in titles, magazine titles, and logo designs.
They have the advantage of transmitting many sensations. Because of the uniqueness of the fonts, each has its own meaning.
Some of the best-known sources are Stencil, Art Nouveau, Pop Art, or Grune, Amerika, Monoton, Medon, and Cherry Swash. They can be found in logos such as Disney and Coca-Cola.

The condensed typefaces are narrower than usual; their proportions are altered harmoniously and intentionally. Their visual aspect is forceful; they seem to be rigid and have hard letters.
Using them with enough spaces between letters can result in a very sophisticated project; they are ideal for works with a lot of personality that want to maintain that modern and current touch while still looking serious and elegant. Examples of condensed fonts are Anton, Roboto Condensed, PT Sans Narrow. 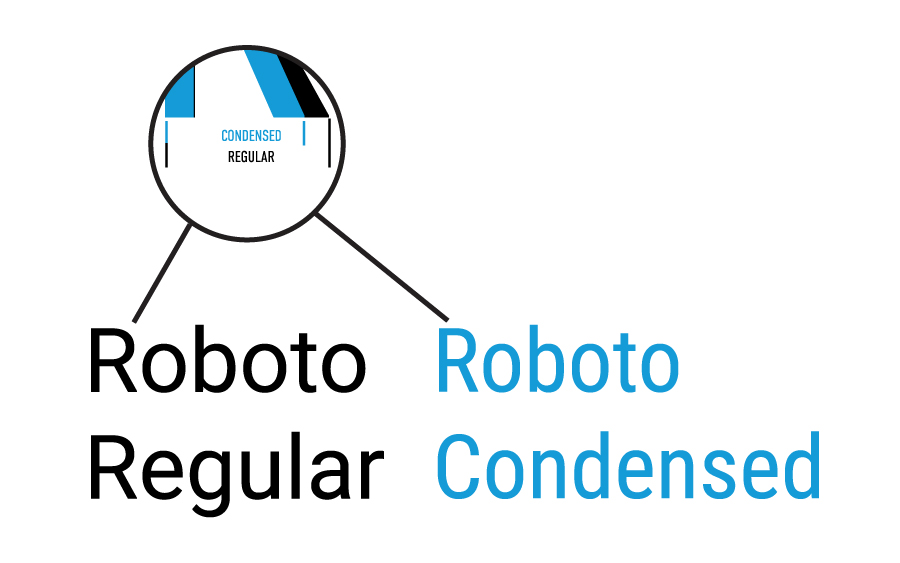 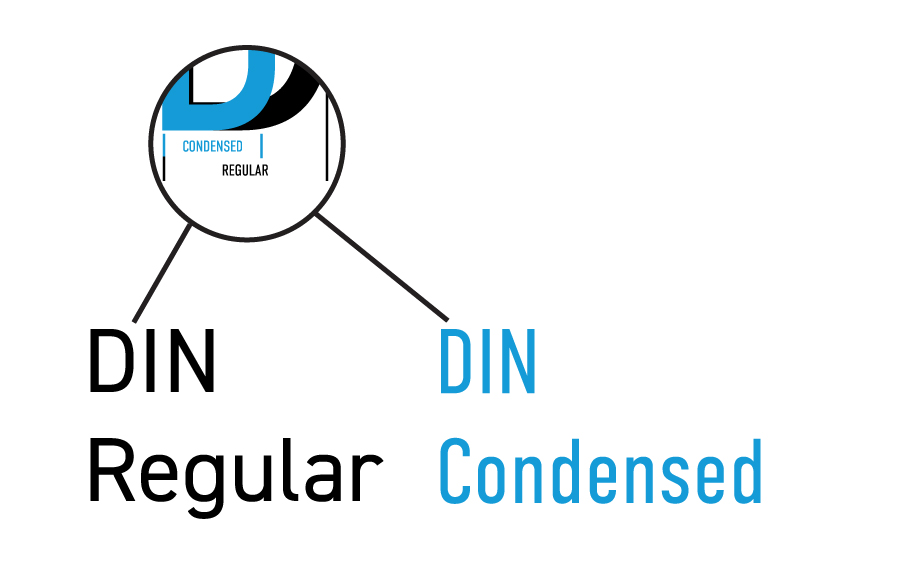 Great examples of modern fonts are Univers, Frutiger, Montserrat, or Raleway. They are neutral and adapt to any situation. Moreover, they are modern and professional. 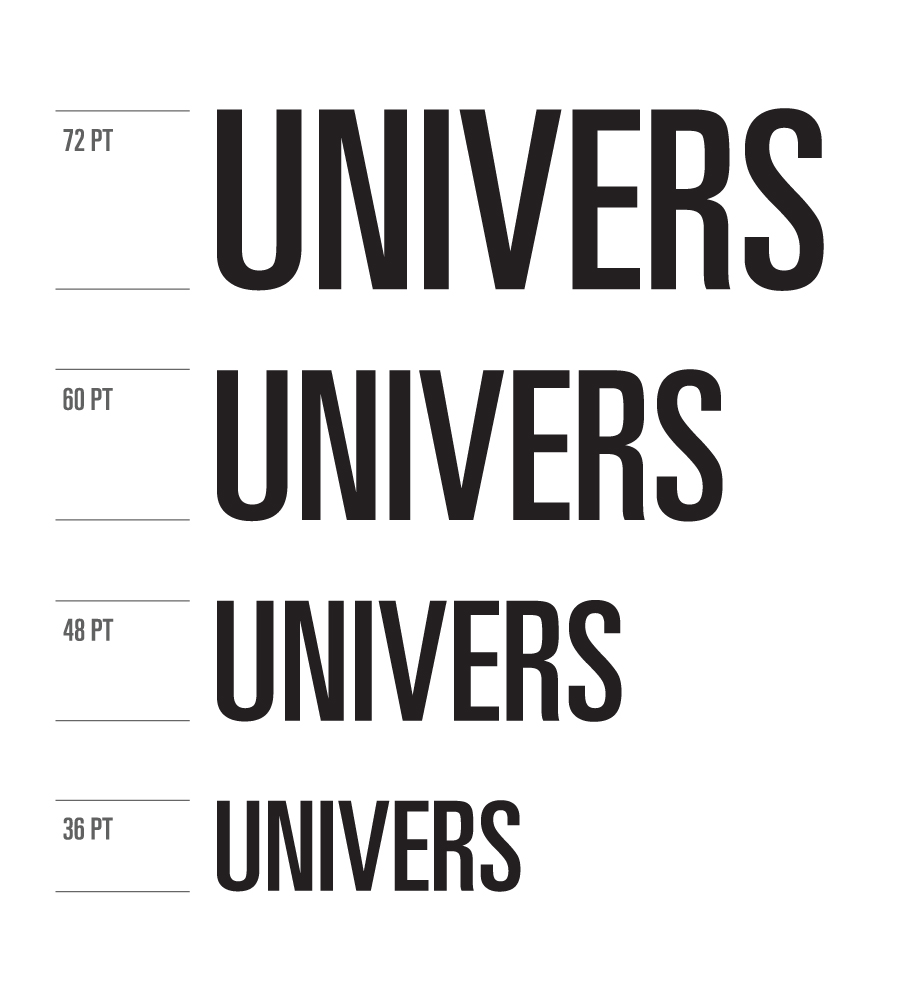 They can be applied to any project, as long as what you want to convey is defined. But they are not recommended for identities such as a strong and outstanding personality, as they can go unnoticed.

Fonts in this category have been in vogue for almost a century but are now widely used. They combine elements that mix a certain degree of stability with dynamism.
Their personality makes them versatile, and they can achieve very interesting combinations. Sometimes they generate a serious look, and other times something more playful and deliberate. Their use is flexible. The style of lettering is widely used in areas related to futurism, innovation, and technology, for being avant-garde.
Classic families representing this type of fonts are Futura, Century Gothic, and some more modern ones such as Geomanist, Nexa and Atami. 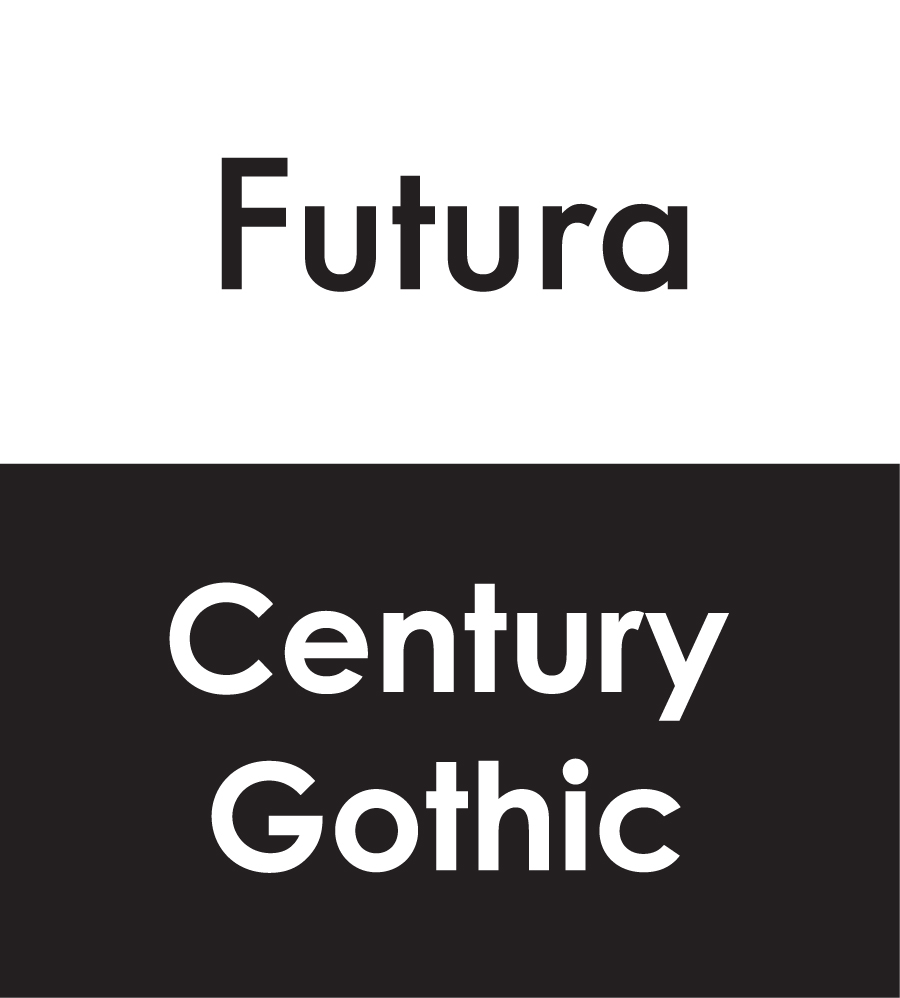