Anime is an audiovisual genre of Japanese origin whose name corresponds to the word "animation" abbreviation. Its uniqueness lies in its narrative complexity and particular aesthetics. But in addition to being an entertainment product of significant global expansion, anime is a window to Japan as it exposes a variety of aspects of its culture. These can range from food, language, architecture, festivities, religious ceremonies, customs, art, clothing, and mythology to the way people relate daily. The productions' heterogeneity also reflects how vast and varied Japanese culture is, especially the country's identity crisis in which anime is built as a field of tension between tradition and modernity.

This genre is considered a technical evolution of the traditional Japanese manga that emerged during the late 19th and early 20th centuries. It is no coincidence that it originated during Japan's opening up to trade and culture. The country was isolated for two centuries until the arrival of American warships in 1853. Following trade agreements with the western country, Japan abandoned the feudal system for a period of modernization that extends to the present day. Both manga and anime reflect the transition from traditional to globalized Japan.

Manga is Japanese comics, or rather, an art that unites the style of traditional Japanese painting (ukiyo-e) and the format of Western comics. In fact, the term is created by the painter Hokusai. However, Osamu Tezuka was baptized as the father of modern manga. This is due to the quality of his prolific production and the influence of his techniques. His drawing style impregnated his characters with tenderness and humanism that left an undeniable mark like the typical disproportionately large eyes.

Tezuka was responsible for the manga Astroboy. It is a science fiction story starring a robot whose mission is to save the Earth from an alien attack. These conflicts have strong reminiscences of the traumatic events of World War II. Astroboy starts the trend of the science fiction genre, technology, and space-time diatribes. The popularity of mangas and technological advances allowed the first animated short films based on these stories to emerge in the mid-20th century. Today is known as animé, and they are characterized by being more friendly and dynamic and for their versatility and universality. The latter allowed it to expand worldwide without discriminating religion, language, gender, or age.

In the 1960s, anime began to expand, and some sub-genres such as the Giant Robots (Mecha) became popular. The first production of this type is Tetsujin 28-gō (Iron Man 28). But its most significant milestone was in the 70s with animes like Mazinger Z or Gundam, in which they usually fought against monsters like the mentioned Godzilla. From the 90s, the anime begins a close relationship with the cinema and suffers an explosion of successes at the international level with Pokemon, Sailor Moon, Sakura Card Captor, Dragon Ball, or Digimon.

One of the main characteristics is how the story unfolds. First of all, the narrative does not usually present good and evil characters competing with each other. Instead, it tends to be more complex and presented less commonly compared to Western animations. On the one hand, the characters have a defined personality, whose relationship with others is maintained in a more real, humanized way. Furthermore, regardless of the universe or the narration's time, the story develops while its protagonists live their daily routines. On the other hand, almost always, the anime's spatial or temporal location must be in the Japanese territory or considering some relationship with that country.

Another of the particular features of anime is the style of drawing. Although they don't have a unique style, their images are a visual novel and differentiate easily from comics. One of the reasons for this is because of its bright and highly saturated colors. Another is that generally, the characters' features are almost human. Their eyes are round and large (the same as the face), their noses and mouths are thin, and they have unique hairstyles. As for the bodies, the shoulders are usually the same size as their head, which is held by a long and thin neck. If the characters were real, they would not be able to stand up. That is to say, and they are anatomically implausible. On the other hand, the animation is also distinguished by its beauty and elegance.

A large part of the anime is permeated by positive messages to its audience. The "Faito" (fight in English) are morals in which if your characters make a superhuman effort, they will see positive results of all kinds. This is the case of Saint Seiya and Dragon Ball Z, two world-renowned icons. Only those who possess a pure heart and put their will into it will overcome the obstacles and achieve what they set out to do. The openings and endings (opening and closing songs of each anime) repeat these values often. In this way, the creators deposit certain ideals according to national thought.

But on the other hand, there is also a negative influence based on criticism of the Japanese system. In certain animé, the characters express social issues as citizens. Such is the case with Welcome to NHK, in which a 25-year-old becomes socially isolated after the inconveniences of unemployment, not studying, and not relating to people.

In this way, the protagonist takes refuge in the manga as an escape reflecting many adolescents' reality. Extreme shyness is also a problem among the Japanese. Passers-by usually rarely cross their gazes or avoid it and take care of their personal space. In the anime Chihiro's Journey, blindness due to fear of the unknown is represented based on the maternal overprotection in the character of Bô. The young man also isolates himself in his room out of fear or frustration towards society's expectations.

Chihiro's Journey also shows the relationship of today's Japan with the world of work. The story shows the awareness of work in the beehive and the model of the, i.e. (family). The protagonist Chihiro, despite being a child, begins to work and almost forgets her true self. The other characters, such as Lin, No Face, or Bô, also demonstrate this characteristic. At work, they dissociate themselves entirely from their personal life. Another element that exposes the anime is the pronounced hierarchy of Japanese corporatism. It is symbolized even in the seats assigned to each worker in the meetings. In the bathroom tower, which is markedly vertical, Yubaba's offices are located on the top floor of everything, called "heaven," among others.

For its part, Evangelion presents us with the crisis between a father, almost a slave to work, and his son in the midst of adolescent confusion. All this marinated with a strong story of robots, driven by teenagers who have to save the world from some creatures called angels. The anime exposes the conflictive parent-child relationship, marked by abandonment, disappointment, and the inability to show affection.

Even in the contemporary world, it is still common to think of staying in the same company for a lifetime, to which you owe more loyalty than to your own family. The excess of workload added to the high pressures have caused the death or even the suicide of many Japanese. Nevertheless, the anime emphasizes that the work dignifies. Work is what separates people from animals, whether it is a child-like Chihiro or an older man like Kamaji.

As mentioned, the plot arguments are often framed in a psychosocial context specific to the Japanese way of life. Even though some animes are science fiction or contextualized in the present time or reference technological artifacts, traditional Japanese customs continue to be visible. This is commonly reflected in religious references. Shinto and Buddhist religious festivities predominate even though many Japanese no longer profess this faith. Part of the landscape in which the stories take place shows temples as objects of admiration.

In other cases, historical characters such as the samurai are represented and, with them, the traditional aesthetics from feudal times. There, they show part of the country's history through Bushido (samurai codes of conduct). The presence of diverse yokai (Japanese mythological beings) or the kabuki theater characters helps to build in the imagination of the viewers the traditional folklore of Japan. There are even direct references included in the plots, taken from classic Japanese folk literature, such as Jiraiya, Tsunade, and Orochimaru, from Naruto's anime and manga the novel Jiraiya Goketsu Monogatari (The Legend of Jiraiya the Gallant).

Once again, Chihiro's Journey shows the profound cultural clash in Japan between modernity and tradition. The main character, a girl, goes into the forest with a torii and is frightened by the sight of the dôsojin: Shinto deities associated with travelers and roads. She fears them because she doesn't recognize them; she is the image of the youth who doesn't know their origins. 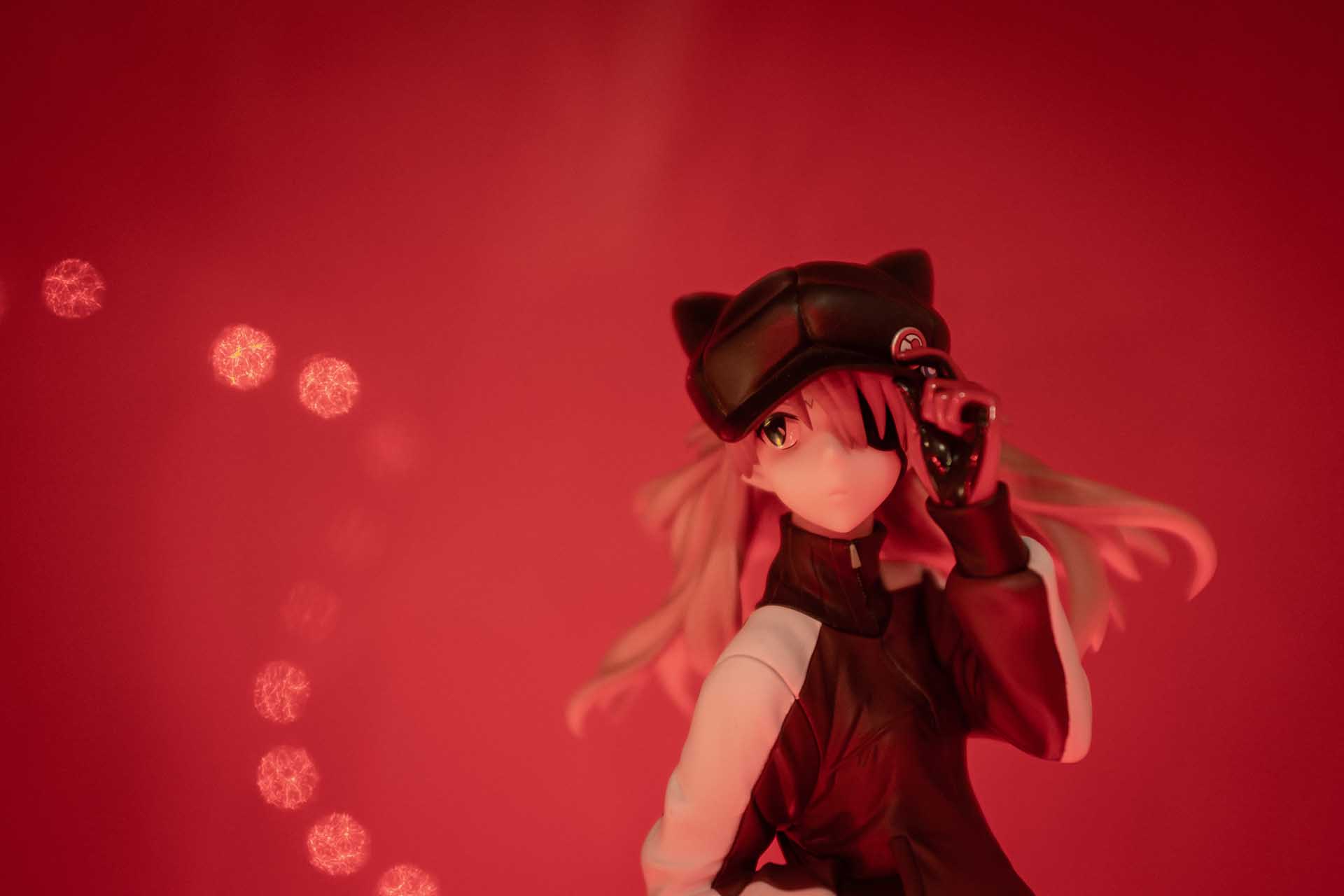 Its culture is composed of a diversity of historical-cultural elements that converge in the present. You only have to travel to Tokyo to discover the summit of technology and pop culture. But if you visit Kyoto, you travel back in time to the Edo period. It looks like a postcard of feudal Japan. Its landscape is full of stone roads, imperial castles, and Shinto temples. Although the Japanese religion's daily life no longer occupies the same place as before, beliefs continue to be respected, especially for the older people who refuse to abandon the millenary customs.

As mentioned above, Japan lived much longer in isolation from the world than it does today. Not enough years have passed for society to adjust to the new modernity. Nowadays, one could even say that the country is in that transition. That is why we see cities so different from each other. On the one hand, young people embrace globalization and the appropriation of Western discourses; on the other, the elderly refuse to abandon their traditions.

Japan is that place where a millennial culture mixes with modernity so unusual that sometimes you might think you are in a science fiction movie. In its streets, you will be able to meet both anime fans and women in kimonos. That contrast is also present in anime. Therefore, it is no longer a simple and entertaining audiovisual genre, but a resource to learn about the duality of Japanese culture and life of the Japanese.